Following is an 'after-action' report of a sorts from a little bit of site and retrieval work; because it didn't go to plan, and that's when it goes hilariously.

Our story starts at approximately 13:15H, when I receive a panicked phone-call from my head of department, who was out on site two hours away, requesting that I drop everything and head out to a (more local than he was) site.

My mission, should I choose to accept it -- I had no choice in the matter, mind --, was to rescue a stuck garbage truck. The driver had finished emptying the load in their drop-off centre, but had been unable to make the door lower; and with the back half of the truck stuck up in the air like that, there was no way it was getting out through the door.

I was also supposed to, if possible, try and diagnose the problem; but generally it's going to be something that's a real pig to find (and fix), while stood on top of a garbage truck (inevitably in the rain, by the side of the road).

However, my primary mission was to get that door down; and that shouldn't take too long, surely?

Threw some tools in my little toolbox, grabbed some keys and a fuel-card, and set out in the FIAT of Failure.

Arrival on site was at 1430 or so. Smell was... bearable. Weather was clear and sunny; easily over 20 degrees. The vehicle was under cover, inside a building of steel cladding.

A steel building, full of garbage, in mid-afternoon full sun. Marvellous. I'm beginning to go nose-blind to household waste, now, which is something.

Step 1: locate the vehicle in distress. 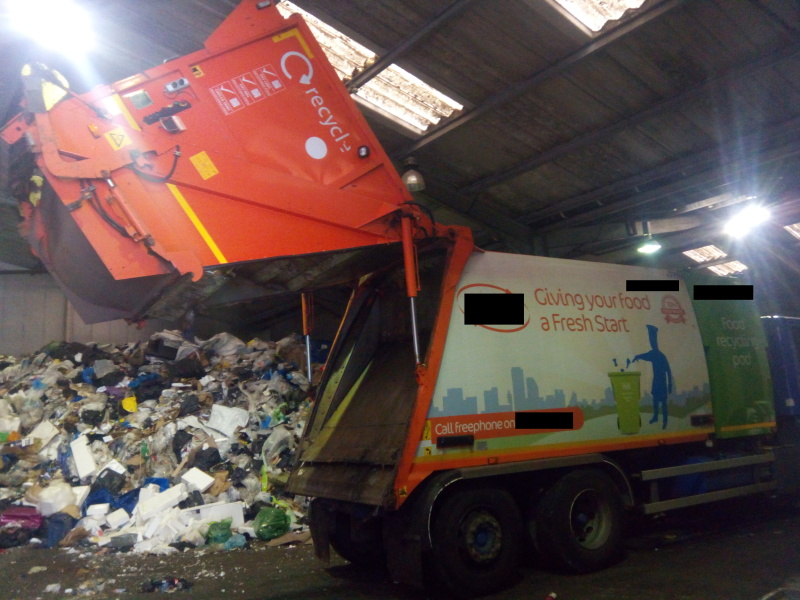 Step 2: Hope the problem's fixed itself.

No such luck. Something in the electronic control system is unhappy, and is not allowing anything to move. Could be something as simple as a sensor out of adjustment, maybe caused by wear of hinges and pins causing things to move just a little further than they did when new.

Up onto the roof of the truck I get. No such luck; it's different to the last one I fixed, so no sensor there. Plenty of hydraulic pipes running to the raised section, though.

Somewhere in that truck must be a hydraulic valve block and some solenoids, run by the computer that controls the whole shit-show, that I can manually actuate and bring the door down against the will of Friend Computer.

Opening an access panel in the side of the body allowed access into the orange portion of the truck; where there's a hydraulic oil tank...

the main dump valve (Must be powered for pressurised oil to be fed to the valve-block, rather than dumped straight back into the reservoir tank) 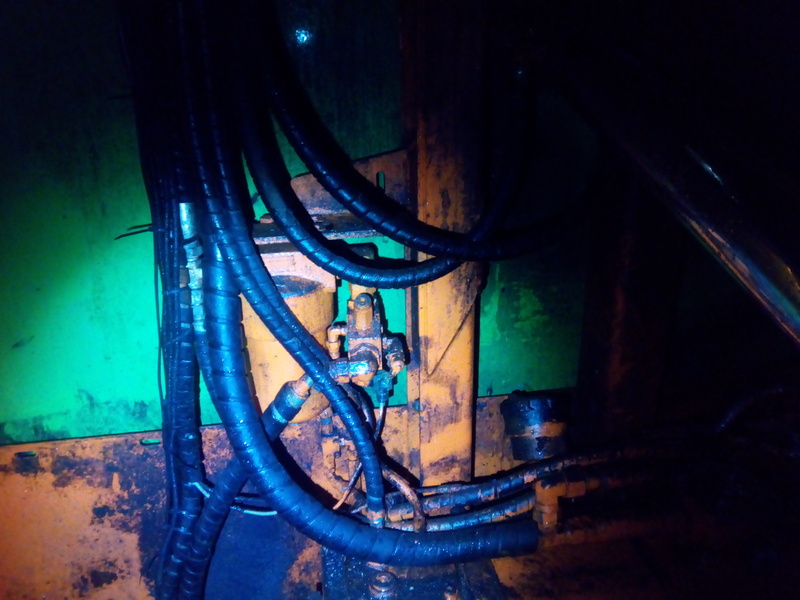 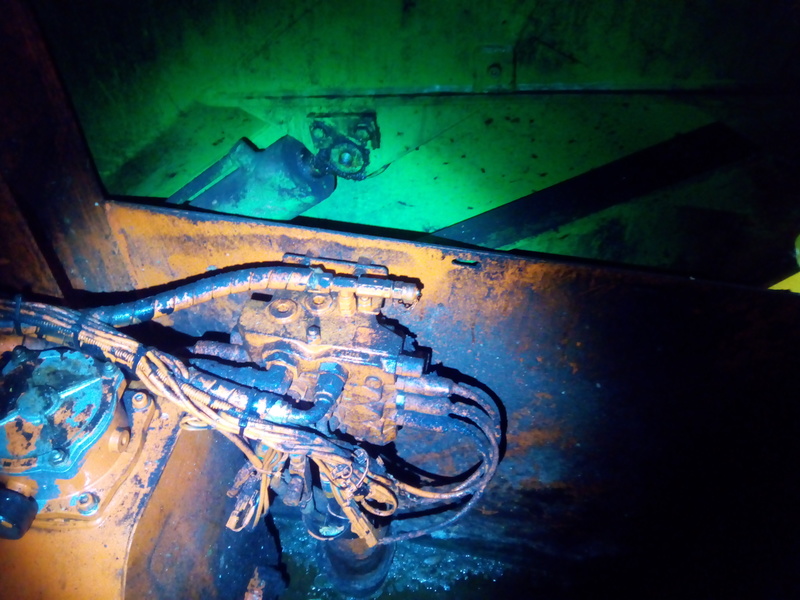 Great! Some wire connecting the dump valve to the truck battery, and the PTO-driven pump was now supplying oil to the rest of the system. With a screwdriver stuck into where a control lever would be on the valve block, I pulled.

Something happened. It wasn't anything useful. I tried the next one, and the green recycling pod mounted immediately in front of the orange portion of the body started to move. That wasn't useful either.

The third lever on the valve block only made something on the pod make a very loud bang, which was very unpleasant for the poor sod inside the hollow metal body of the truck (i.e. me.) with no earplugs.

Clearly, that valve block was not going to be any use to me.

More investigation ensued. It appears that the valve block for raising/lowering the door, and extending/retracting the load-ejector ram, was inside the raised portion of the body.

So the only option left was to very carefully undo the fittings between the door-lift cylinders and the check valve that prevents them from coming down if a pipe bursts. Because what I was about to do is effectively the same as a pipe bursting, only marginally more controlled. 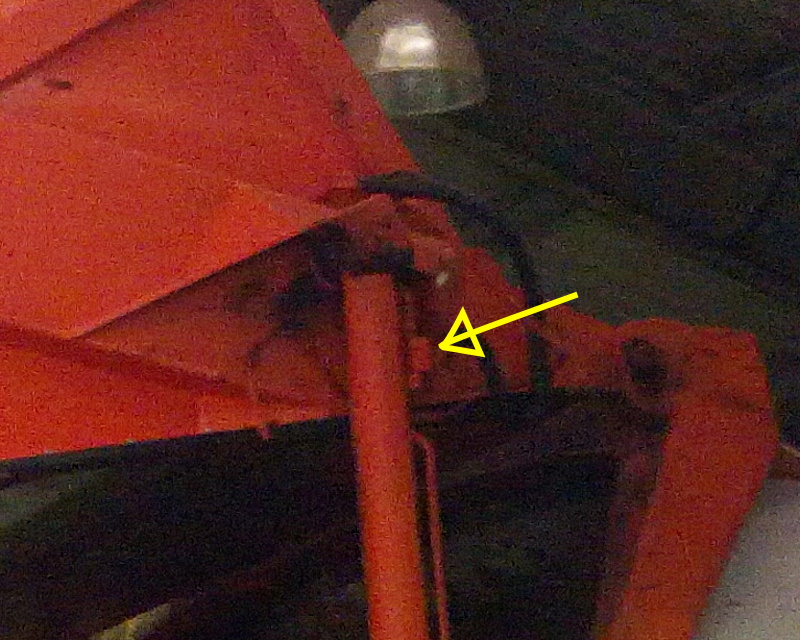 Just above the check valve (arrowed, in the previous image) is a barrel nut connecting the check valve to the fitting in the ram itself. Some rummaging unearthed a ladder, up which I climbed with adjustable spanner in one filthy mitt, to slowly undo the barrel nut from the fitting until oil started to leak out of it.

Then, the same was done to the other side, and the door began to gently descend, spewing oil from its disconnected hydraulic lines. A couple more laps were done between both sides, opening the fittings a little further to increase the speed the door descended.

About this time, my head of department had arrived from the other site, and was watching/offering advice/getting in the way while the door descended; and we were trying to decide if I should just let the door drop all the way down, or leave it slightly open.

I was preferring "all the way down", and he wanted to leave it slightly open. As the door neared its closed position, he called for me to stop there, for fear that one part of the door would catch on the extended ejector.

I looked at where it was, and the gap that was left, and decided it should sit a bit closer to closed. I loosened the fitting a little more, watched the door come down a little further, turned my spanner around and went to tighten the fitting again.

Where it all went wrong...

When I pulled on the spanner, there was an almighty bang, my vision went white, and I lurched to one side. Apparently I'd unscrewed the fitting completely clear of the threads, and the force of me trying to tighten it again just pulled it over to one side; causing it to completely disconnect and gush frothy oil straight into my face as the door slammed closed at full force, shaking the truck around and nearly throwing me off the ladder.

Once everything had settled, and my co-worker had stabilised the ladder again, I climbed -- still effectively blind, at this point -- down the ladder.

Some clean pig-mat removed the bulk of the oil, but not only were my glasses covered, my eyes were full of it too. Some gently-guided stumbling got me to a sink I could wash my eyes out, and get the worst of it from my face.

I was hosed with the stuff. From mid-way up my chest, all the way to the top of my hat, was soaked in hydraulic oil. (It was even up my nose!)

I should note, this is why you don't put your fingers in places they'll get squashed when things move, even if they seem to be under control.

All my digits are still attached, and in the shape they were this morning. The only damage done was to my pride, and even then it's only a scuff. I'm honestly a little miffed that nobody was recording it.

Thankfully, there was no cleanup of mangled body parts, or twisted metal. Some spill-dry dealt with the mess on the floor; and I slung my soaked overalls into the van my co-worker was driving.

It was decided -- well above my pay-grade -- that it'd save time for me to just take the truck back to the workshop now, and leave their driver with the Wobbly FIAT of Hooliganism. Fine by me!

A quick transfer of toolbox to van, and the collecting of other detritus, and I got to drive a rear-steer garbage truck back to the workshop, via my old home stomping grounds. (Avoiding the motorways, in case anything fell off.) 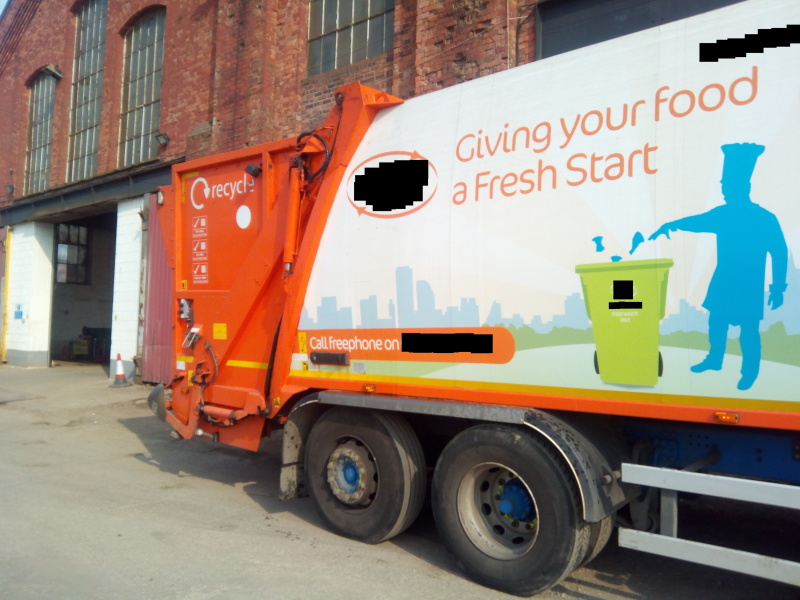 And they said I'd never amount to anything. Hah!